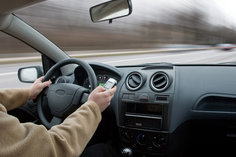 In order to prevail in a personal injury case, you must be able to prove that your injuries were directly caused by the negligent actions of another. If you can prove that your injuries were at least partly caused by another, you may be able to receive compensation for your medical expenses, physical and emotional pain and suffering, permanent physical impairment or disfigurement, lost income, decreased earning capacity, property damage, or other economic losses. The Noland Law Firm, LLC. specializes in personal injury law and injuries from car accidents.

If you have been injured in an accident, you may be entitled to recover compensation from anyone else who partially caused the accident, even if the accident was partly your own fault. The legal theories of “contributory negligence” and “comparative negligence” apply in cases where the plaintiff in a lawsuit was partially responsible for his or her own injuries.

“Contributory negligence” means the injured person’s actions, at least to some extent caused his or her own injuries. For example, someone who ignores a “Caution: Wet Floor” sign and subsequently slips and falls may be deemed to have been careless and, thus, at fault for his or her injuries. As such, contributory negligence can prevent the injured person from recovering any compensation, even when his or her carelessness was minor as compared to the fault of the other party. In some states accident victims are entitled to recover compensation only if they can prove that the other party’s fault was greater.

Kansas has adopted a modified comparative fault statute. It states that an accident victim’s negligence is barred if their negligence is equal to or greater than the negligence of the other party.

You may be deemed to be partially at fault for your injuries if you have failed to act with reasonably prudent care under the circumstances of the accident, or if you voluntarily assume a portion of the risk by exposing yourself to danger, such as by failing to use the available restraints on an amusement park ride or ignoring a posted warning sign.

The total value of your claim is based on many factors, including how easily fault can be apportioned among the parties, the seriousness of your injuries, medical treatments received and insurance coverage limits. Once the claim’s total value is established and the percentages are applied, a final figure for the injured plaintiff’s compensation can be determined.