Road Safety: Cities with the Best and Worst Drivers 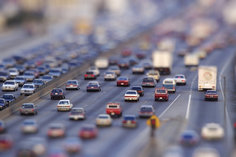 Cities With the Best and Worst Drivers

If you are traveling this summer, please stay safe on the road.  If you have unfortunately been in a car accident and would like to talk to an attorney, please contact the Noland Law Firm, LLC.  Continue reading for a listing of the cities with the safest drivers and least safe drivers.  Please be careful on the roads.

Sioux Falls, South Dakota, is “America’s Safest Driving City” for the fifth time in eight years, according to Allstate Insurance Company’s annual safe driving report, released August 28, 2012.  Allstate has compiled the report for eight years in a row, using data from insurance claims made to the company.  The report ranks the 200 largest U.S. cities from safest to most dangerous based on car accident frequency.

The top 10 safest driving cities in the United States, according to the Allstate report, are:


The 10 most dangerous driving cities in the United States, according to the Allstate report, are:


The report indicates that big-city drivers have more car accidents, statistically, than drivers in smaller cities or towns.  In cities of more than one million people, only Phoenix drivers filed car accident claims less often than the national average of 1 every 10 years.  Phoenix beat the national average, however, by only 0.2 percent.

If you have been injured in a car accident, please contact the Noland Law Firm, LLC. for a free consultation.